Energy is a hotter topic than ever – along with the question of how to secure a supply that is both reliable and sustainable.

Today, some 2/3 of the strategic Research & Development of Alleima is geared toward supporting the growth of future technologies like hydrogen and renewable energy, electric heating and nuclear.

In recent years and, in the last few months in particular, the combination of the volatile geopolitical situation and the ever-more-urgent need to transition away from fossil fuels, has led to increased demand for energy from new sources.

Renewable power will represent around 95 percent of the total power capacity added for 2021, according to the International Energy Agency. The growth of renewable capacity is forecast to accelerate in the next five years, accounting for almost 95% of the increase in global power capacity through 2026. Globally, renewable electricity capacity is forecast to increase by over 60% between 2020 and 2026, reaching more than 4 800 GW.[1]

Advanced materials play a key role in the sustainability of renewable technology, by also delivering greater reliability and uptime, extended durability and contributing to the overall investment value

With this shift comes the need for new technologies and solutions for energy production, as well as system enablers and new infrastructure. Alleima is playing a key part in preparing for a renewable future. 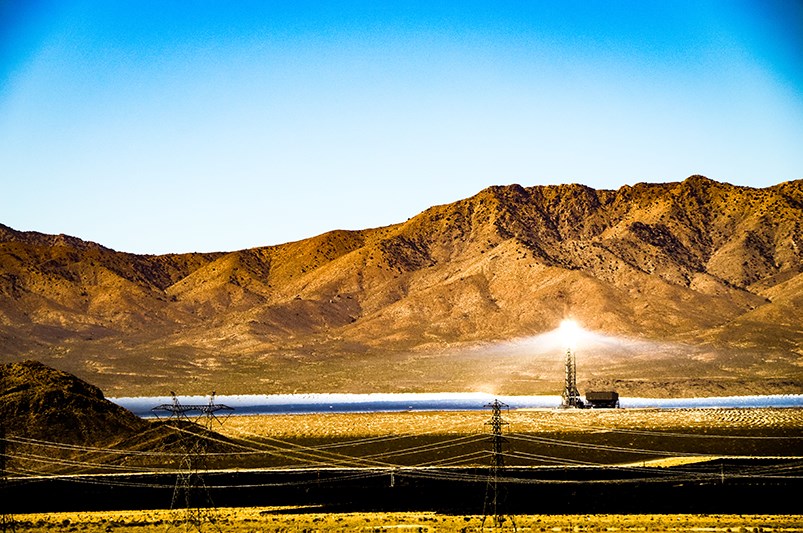 The future is renewable

As we look to the future, one thing is certain: in just a few decades, our world will not be powered in the same way it has been for centuries. Recent years have already witnessed considerable changes when it comes to both actions and attitudes.

To meet the goals of the Paris Agreement, the increase in renewable capacity seen in the early 2020s will need to continue at pace. But what will it look like, and how do we make it happen?

As Tom Eriksson, Executive Vice President and Head of Strategic Research at Alleima, explains, achieving the Paris climate goals and ensuring the progression of each renewable technology will depend on the continued development of advanced materials.

“Creating a more sustainable future will require the continued advancement of the steps we’re already taking,” he says. “It will also need more and better advanced materials that will help us build a greener future.”
Many renewable technologies face considerable material challenges, but Eriksson believes Alleima is extremely well positioned to address many of them.

“Future materials will need to be lighter, stronger and able to resist corrosion from demanding environments and high temperatures – demands that we have already spent many years optimizing our materials to deal with,” he continues, adding that approximately 2/3 of the strategic Research & Development of Alleima work is currently geared toward supporting the growth of future technologies like hydrogen and renewable energy, electric heating and nuclear.

One of the key technologies that look to play a defining role to the way to transforming the global electricity sector is wind power. Increasing infrastructure and continued investment mean that onshore and offshore wind could generate more than one-third of total electricity needs, becoming a prominent generation source by 2050. Onshore wind additions through 2026 are set to be almost 25% higher on average than in the 2015-2020 period[2]. But it’s not all smooth sailing.

“Turning these renewable forecasts into a reality will take more than research and development of new technologies. Critically, the materials that form renewable infrastructure must be able to perform well against the harsh and growing demands of the sector,” says Eriksson.

“If we take wind power as an example, windmills are moving to windier and more remote offshore locations as demand grows — offering a different set of challenges than for traditional onshore windmills. A marine environment gives rise to issues such as staining and pitting due to corrosive seawater,” he continues.

Solar power remains a powerful source of untapped energy. In addition to photovoltaic (PV) solar panels, other technologies such as concentrated solar power (CSP) are gaining traction. Instead of using standard PV panels, this system uses mirrors or lenses to concentrate a large area of sunlight onto a receiver for boosted efficiency.

In 2021, the total global installed capacity for CSP was 6,800 MW, up from 354 MW in 2005, with Spain accounting for almost one-third.[3]
Uptake in CSP presents its own set of material challenges. A common CSP technology is the parabolic trough, which consists of a group of reflectors curved into a parabolic shape to focus the sun’s rays onto an absorber tube that runs through the center of the trough. Corrosive heat transfer fluids such as molten salt and synthetic oil run through these tubes, creating a challenging environment for the materials that form them.

Looking beyond solar and wind, there are many other technologies that could prove useful in the coming years, from batteries to nuclear, geothermal, bioenergy and a little known, but highly promising, solution called supercritical water gasification.

In the Netherlands, SCW Systems, a pioneering company that converts organic waste streams into carbon-neutral energy carriers, has created a technology that turns organic substances, like sewage, into gas. Using the fourth natural phase of water — known as the supercritical water phase — molecules are split to an almost-atom level. From this, gas components such as hydrogen and green methane can be stored and used in the same infrastructure as existing gas supplies.

Meanwhile, nuclear is back in fashion, as a well-proven, reliable energy source that currently accounts for close to one-fifth of the U.S.’s electricity production[4]. Having manufactured advanced stainless steels, special alloys, and nuclear tubes for more than 100 nuclear power plants worldwide, Alleima is already optimizing its highly specialized materials for future nuclear applications. These may include small modular reactors (SMRs), as well as the widely anticipated fourth-generation nuclear technology, which is based on an entirely new design and reactor technology that allows more of the active material to be used for longer. Learn more in this article.

Looking at geothermal energy, bioenergy, as well as battery technology and thermal storage, what all these technologies have in common – apart from being promising solutions for the future – is that they require equipment that can deal with everything from high temperature and high pressure to highly corrosive environments and stringent quality and safety demands.

As Eriksson observes, these are the exact demands for which Alleima’s materials have been developed.

Aside from electricity, other sources could also prove to be effective, sustainable energy carriers. A fuel cell is a device that converts energy stored in molecules into electrical energy. Using hydrogen and oxygen as power, the fuel cell produces water, electricity, and heat without creating any emissions other than water vapor. Only oxygen and hydrogen are required to power the fuel cell — the former is readily available in the atmosphere, and the latter can be generated through electrolysis.

However, the environmental gains from using hydrogen as an energy carrier depend on how the hydrogen is produced in the first place. Hydrogen production today is primarily based on fossil fuel technologies, with over a sixth of the global hydrogen supply coming from “by-product” hydrogen, mainly from facilities and processes in the petrochemical industry. [i] But this may not always be the case.

Electrolysis, the process of using electricity to split water into hydrogen and oxygen, is a promising option for “green” hydrogen production from renewable resources or fossil-free electricity. Using hydrogen fuel cells instead of regular combustion engines can already halve the emissions produced by a car, and developments in other areas of renewable energy generation show promise for a greener future – a future that Alleima is ready to support with its materials adapted for the production of fuel cells and the burgeoning hydrogen market.

However, as Eriksson points out, sustainability work should not only focus on implementing new technologies in the first instance but should also seek to keep renewable infrastructure up and running for as long as possible.

“It's important to consider sustainability from more than just an environmental perspective,” he concludes. “Advanced materials play a key role in the sustainability of renewable technology, by also delivering greater reliability and uptime, extended durability and contributing to the overall investment value.”