Materials for the world of tomorrow

Advancing industries through materials technology has been our mission for 160 years. Working together with our customers we break new boundaries.

Together with our customers, we break new boundaries in enabling renewable energy production, more sustainable transportation and homes and life-changing medical equipment. The future has just begun.

The production of steel is one of history’s massive technological breakthroughs. Archaeological findings date steel production to at least 1800 BC. Compared with cast iron, which was used more commonly for millennia, steel offered significant advantages, such as superior malleability and versatility. However, it wasn’t until the mid-19th century that the production methods started to catch up with the demand that had grown since the Industrial Revolution in the 18th century.

With the skyrocketing technological growth and development in the 21st century, it is easy to forget the critical role that steel still plays. It is easy to focus on the mind-blowing digital revolution and Industry 4.0. But steel is still one of the world’s most widely used materials – fully recyclable, comparatively cheap and in abundant supply.

Steelmaking and development using metallurgy skills and a fully integrated value chain have been at the core of Alleima for more than a century. Alleima seeks to advance industries through materials technology. Its expertise enables more efficient, more profitable and more sustainable processes, products and applications for the customers.

To Alleima, several megatrends combine to fuel the growth journey. The transition to a zero-carbon world requires renewable energy production and non-fossil fuels for transportation, as well as a shift from hydrocarbons to electricity in the manufacturing sector. Hydrogen is set to play an important role as a substitute for carbon in both sectors.

A warmer climate coupled with population growth, increasing urbanization and larger spending power will boost the demand for air conditioners and refrigerators. In addition, growing affluence and longer lives will bolster demand for medical technologies that keep diseases in check and improve the quality of life. An increased desire to travel follows in the wake of healthier and longer lives, but the aviation industry will need new materials and alternative fuels to make this possible. Finally, the petrochemical industry will see a major shift in input, using biofuels instead of oil to produce an output the world still needs, from everyday gadgets to the fertilizers required to feed a growing population in an increasingly tough climate.

Sign up here if you wish to receive news from Alleima by email. 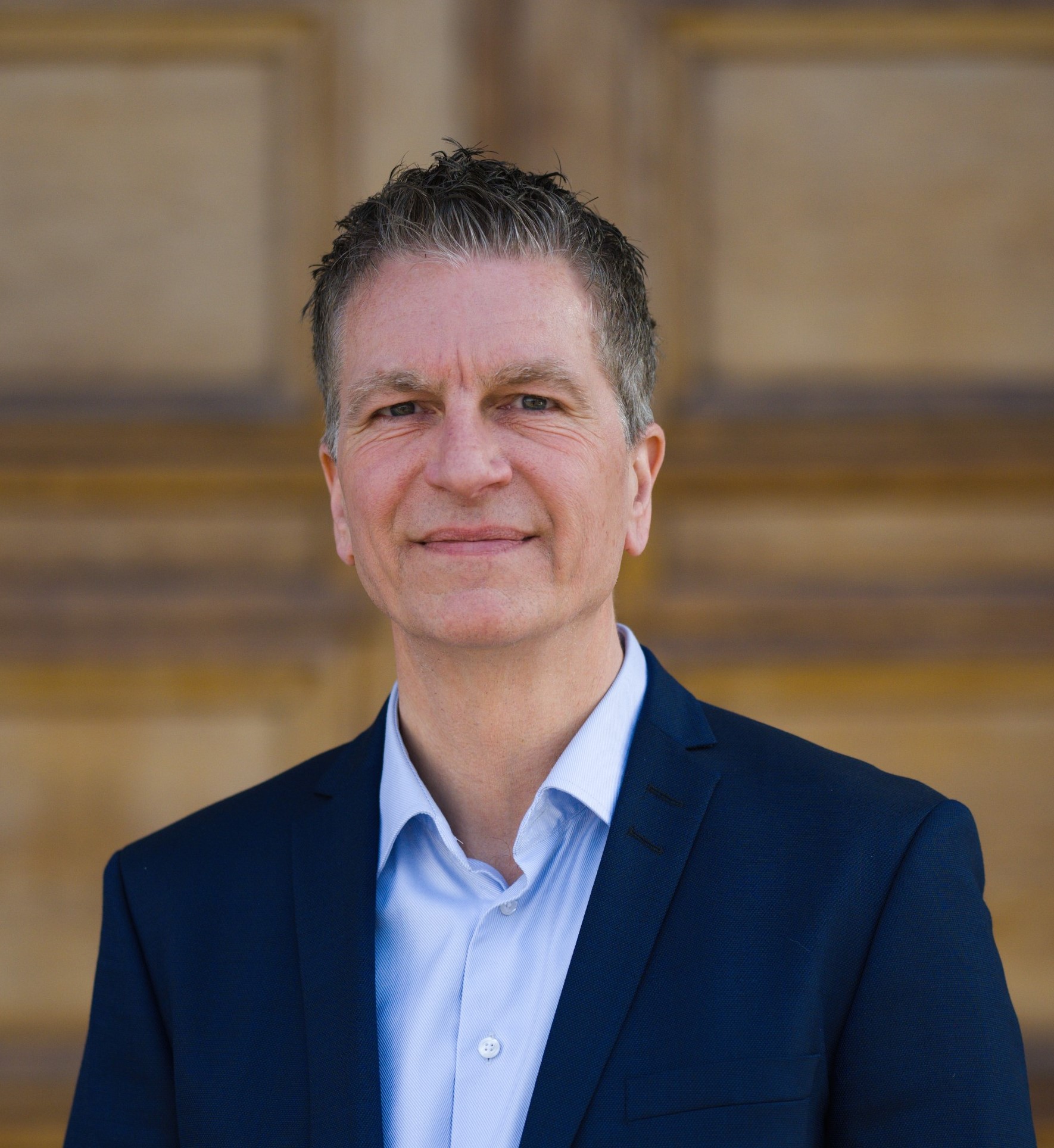 All of these trends have one thing in common: the need for stronger, lighter, more resilient and more sustainable materials to reduce energy consumption and facilitate the use of alternative sources of energy. Alleima is very well positioned to capitalize on the energy transition.

“There is an incredible business opportunity for us in identifying new applications for materials and patented innovations we already have on the shelves, thanks to over 900 active alloy formulas and 160 years of research,” says Håkan Sundström, Head of Governance and Sustainability. “Renewable energy production from solar, wind, hydropower and geothermal raises the demand for extremely durable and resilient materials, whether against extreme heat, corrosion or acidity.”

So does the storage and distribution of hydrogen, seen by many as a crucial substitute for carbon-based fuels and an important storage medium for intermittent energy sources like solar and wind. Hydrogen, however, may cause embrittlement unless the correct material is chosen.

Like other sectors, transportation will probably rely on a mix of different technological solutions to cope with the transition, predicts Tom Eriksson, Head of R&D. “Batteries will be the choice for cars, while heavier transport requires using hydrogen gas,” he says. “Hydrogen fuel cells offer a significant range advantage for electric vehicles as well as quicker refueling.”

Hydrogen will play a crucial role, probably combined with other noncarbon sources. The transition will require a wide spectrum of different technologies and solutions to replace fossil fuels and at the same time meet the increased demand for energy.

Fuels cells for vehicles are one area where Alleima is uniquely qualified in offering a patented coated steel strip for bipolar plates with advanced production and coating technology that makes the fuel cell plates more durable and efficient compared with other methods of production. 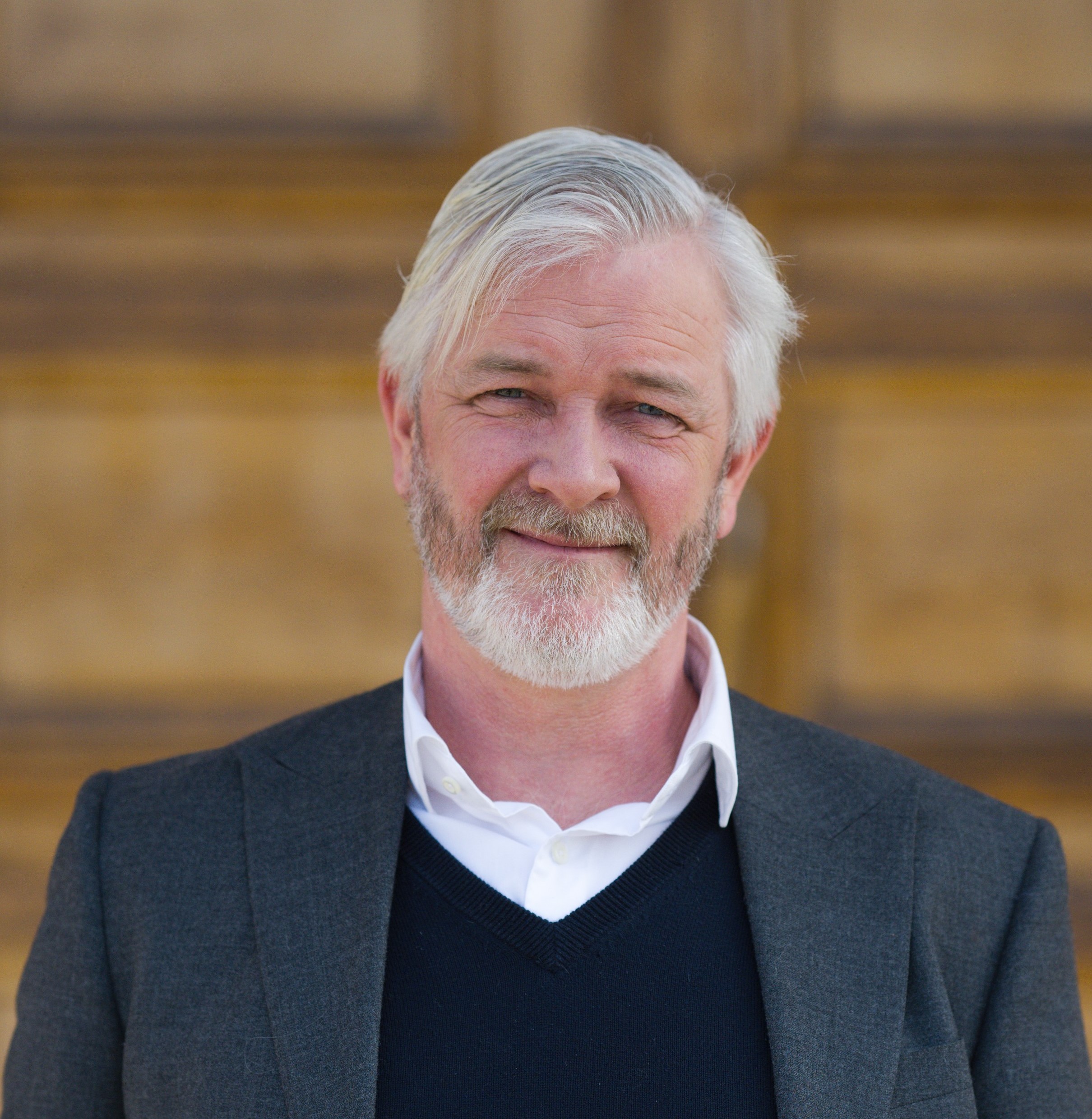 Another important source of energy in a zero-carbon society is nuclear power, which has seen something of a rebound lately and is now classified as sustainable in the EU taxonomy. The nuclear industry has long been a key target group for Alleima, notes Michael Andersson, President, Tube Division.

“We are extremely well positioned to serve the nuclear industry since we were pioneers during the development of nuclear power for nonmilitary use decades ago,” he says. “We provide fuel tubes and steam generator tubes that transport thermal energy from the nuclear fission process to the turbine where the electricity is generated.”

Needless to say, the requirements on materials used inside the core of a nuclear reactor are as high as they get. The official term is “nuclear grade” quality and, Andersson says, it’s a challenge where Alleima excels. “Extremely tough environments is our home turf, as is demand for the utmost durability, precision and integrity,” he says. “We’re specialized in high-performing materials for highly corrosive environments with very high temperatures that can withstand sulfuric acid and are resilient and wear-resistant to a fault. To us, purgatory is paradise.”

You may not think so, but cleantech such as renewable energy production can actually be quite tough on materials used in production and storage – even if they are kind to the planet. The biowaste used in petrochemical refineries, for example, is actually more corrosive than oil. And the batteries used by EVs as well as storage media for renewables contain strong chemicals. 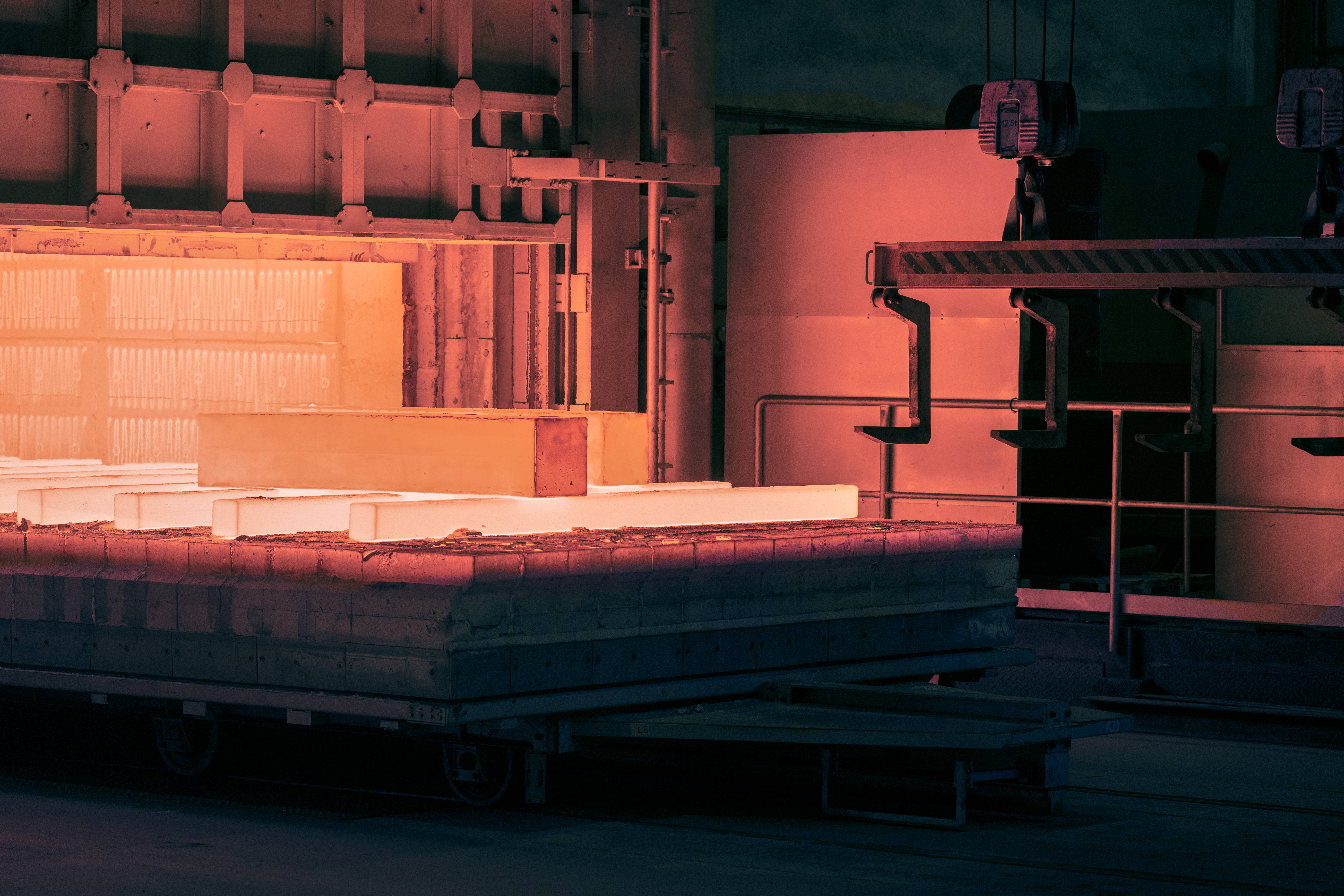 The heat-resistant materials provided by the Alleima division Kanthal are constantly pushing the limit of what is possible through innovation. Efficient heating processes are vital in the production of everything from integrated circuits for smartphones to solar cells and steel- and aluminum-based products. Challenges that manufacturers constantly face are to cut energy consumption and CO2 emissions and to become more productive.

Anders Björklund, President, Kanthal Division, explains that 75 percent of all industrial heating is currently powered by fossil fuels, primarily natural gas, while 25 percent comes from electricity, a share that he says “is growing faster than ever.”

If the core of a nuclear power plant presents an environment where materials and equipment simply cannot fail, the human brain or the interior of our arteries represent another extreme in terms of fail-safe equipment. 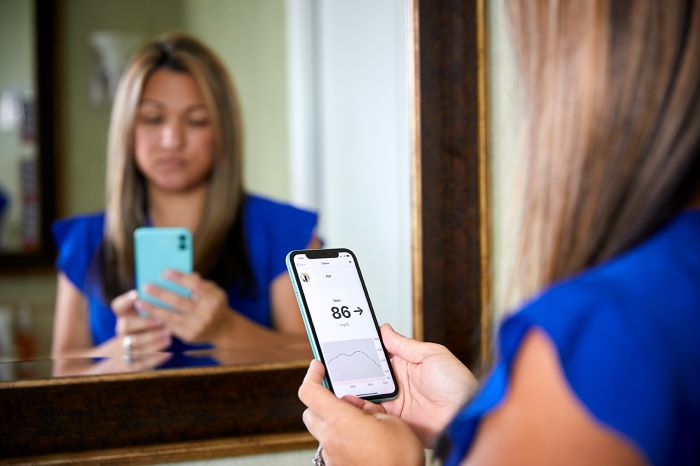 Alleima specializes in providing expertise in selecting materials and configurations for use in medical applications such as vascular therapy, sensing and neurostimulation. To this end, Alleima manufactures and coats metal wire as thin as 15 micrometers or half as thick as a human hair. Other applications involve vascular cleansing, hearing implants and glucose monitoring sensors for diabetics.

Good health is crucial to our well-being, and an aging and increasingly affluent global population contributes to strong growth in the medtech field. Our medical applications currently enjoy phenomenal growth. 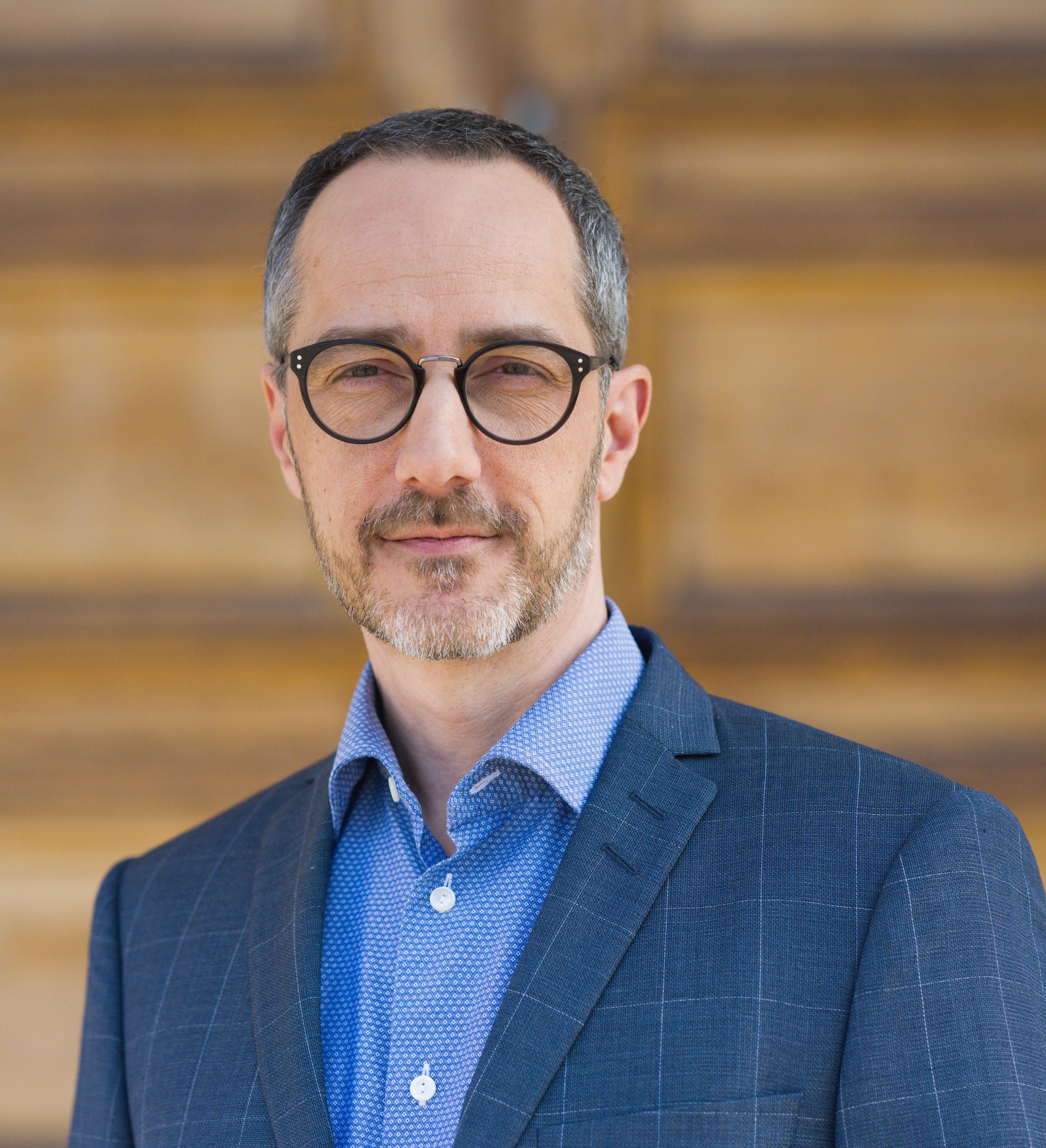 Access to air conditioners and refrigerators is also important to health and wellness in a world that gets hotter every year. At the same time, the growing demand for home appliances will send power consumption and household bills skyrocketing. It’s essential to make them more energy efficient. Here, too, we offer solutions through technological leadership. The compressor is an instrumental part of cooling equipment. Alleima Hiflex is a martensitic chromium strip steel grade with extremely high fatigue strength designed to meet the tough demands on compressor valves brought about by trends for smaller, highly energy-efficient compressors such as those found in refrigerators and cars.

“Our valve steel leads to better compressors due to a microstructure that enables very high fatigue resistance and withstands a higher number of valve cycles,” Eriksson explains.

The result? Exchanging just one-third of Chinese household refrigerators (about 125 million) for energy-smart models with compressor valves using material such as Alleima Hiflex, for example, could save 25 TWh annually. That’s enough energy to power 1 million Swedish households for a year.

From face to space

To the consumer goods industry, sustainability is instrumental to success, both in terms of internal performance and the ability to deliver what the consumers demand – a future on a habitable planet. “It is a sector that is under intense pressure to deliver more sustainable products,” notes Claes Åkerblom, President, Strip Divison, which supplies steel to consumer applications from razor blades to compressors for air conditioners and refrigerators. “Buying from us improves their carbon footprint,” he says, “since 82 percent of our steel is based on recycled steel and we are aiming to become 100 percent carbon neutral.” 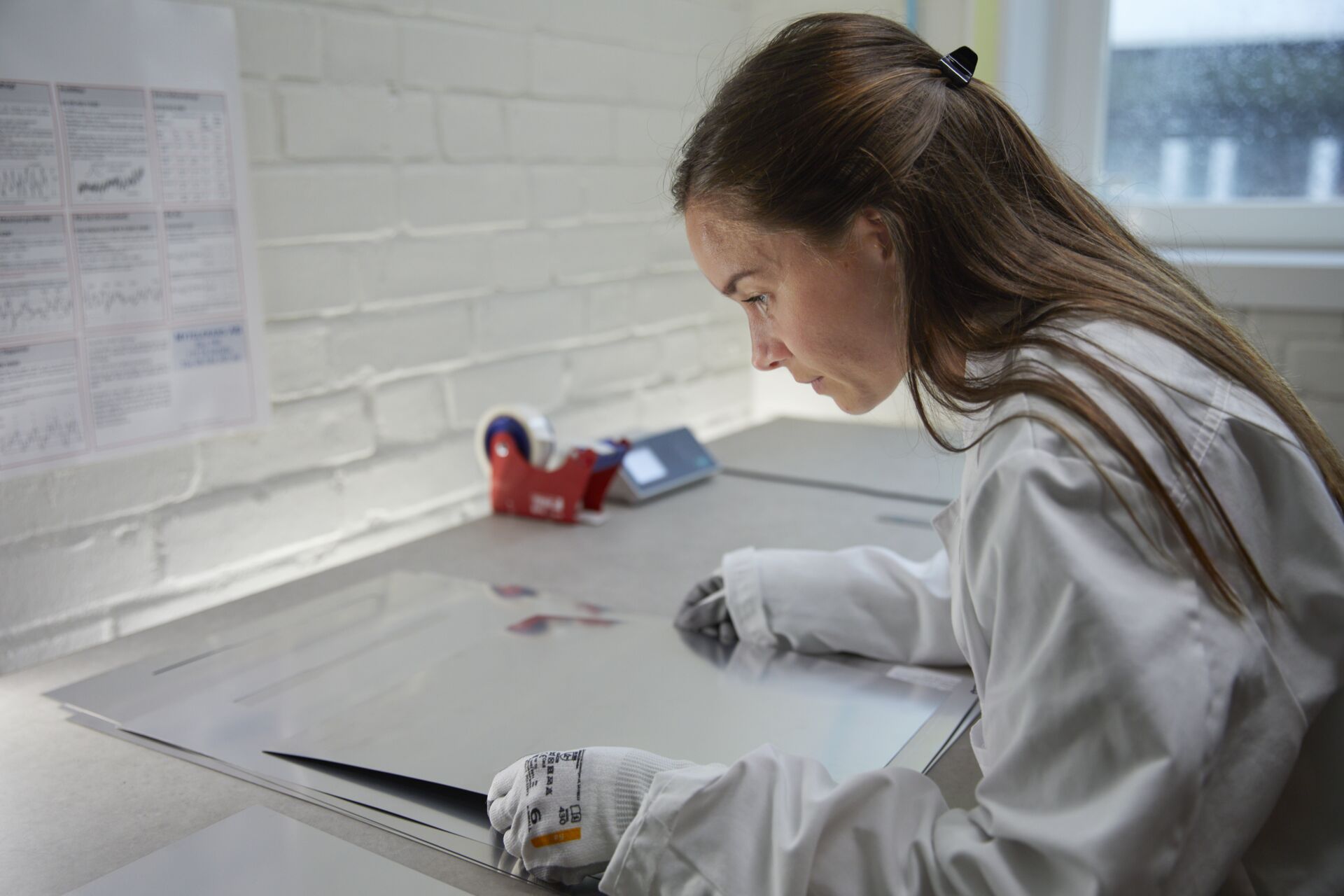 Growing affluence also spurs a rise in demand for aesthetic surgery, another area with tough requirements on purity and performance on equipment such as bone saws. Having an integrated production chain permits Alleima to meet high demands, notes Eriksson. “Being fully integrated across the production chain simply allows much greater control all the way from smelting to finished product,” he says. “Also, having research and development units across the organization lets us offer high-quality products that really deliver in the toughest environments according to specified targets.”

Alleima is also helping to transform the aerospace industry by providing lighter and stronger materials that help aircraft fly more sustainably. Specifically, it’s about developing advanced stainless steel and titanium alloys that are used in the pipes and tubes that make up aircraft hydraulic systems. By using materials that are lighter, aircraft weigh less and need less fuel to fly.

The human desire to discover new frontiers and widen our horizons will continue to drive our desire to travel – to space if you happen to be a tech billionaire or, for many of us, simply to another continent. The desire to explore and learn is at the heart of Alleima, going forward into a new era of more sustainable living.