When it came to selecting the right material for the gasifiers used in its supercritical water gasification technology, SCW chose our Alleima Sanicro® family of nickel alloys and high-alloy austenitic stainless steels.

“For scaling an innovative, promising technology like this one, a close relationship with your suppliers is key,” comments Wout de Groot, Director Business Development at SCW Systems. “With every scaling step, we’re learning a lot, which, in turn, enables us to continuously improve our technology, processes and organization.”

As countries across the globe change the ways they supply and generate power, each one is at a different stage in its journey. The Netherlands presents a unique case, as it is moving on from its reliance on an already-less polluting resource.

Natural gas on the wane

Natural gas powers a significant proportion of the Netherlands’ energy consumption. While still a fossil fuel, natural gas produces significantly fewer emissions than, say, coal or oil. Why the need for change, then, you may ask? In short, the Netherlands has been running out of natural gas resources since the government decided to stop production from the Groningen field for safety reasons by 2024. The need for new gas resources has been further exacerbated by the global energy crisis.

Like the rest of Europe, the Netherlands is currently looking for ways to increase its access to renewable energy. The Dutch Ministry of Economic Affairs and Climate Policy is seeking to introduce a blending obligation through which renewable gas would need to account for at least (source: Bijmengverplichting groen gas - ontwerpopties en effectenanalyse | Rapport | Rijksoverheid.nl).

In the RePowerEU plan, the EU commission has stated that the production and use of biomethane should be ramped up to 35 billion m3 by 2030 (source: Bijmengverplichting groen gas - ontwerpopties en effectenanalyse | Rapport | Rijksoverheid.nl). Achieving this will require industrial-scale technologies that can improve the conversion efficiency for currently used waste streams and also unlock new potential waste streams for conversion into renewable gas – such as sewage sludge and industrial waste streams that are currently incinerated.

“The current energy crises impacting both pricing and availability of gas are drawing additional attention to the need to reuse local available waste streams and to convert them into valuable feedstock and renewable energy,” says de Groot, who maintains that this push is coming from both regulators and industry alike.

While electricity will replace an increasingly large part of the Dutch natural gas use, it is only forecasted to account for some 50 percent of the country’s energy mix. The remaining half will need to be delivered from other sources, such as green gas, or methane, and hydrogen. Renewable gas has the same advantages as natural gas: it can be efficiently stored on a large scale to overcome seasonal differences in energy demand, transported over long distances, and used in existing gas infrastructures. 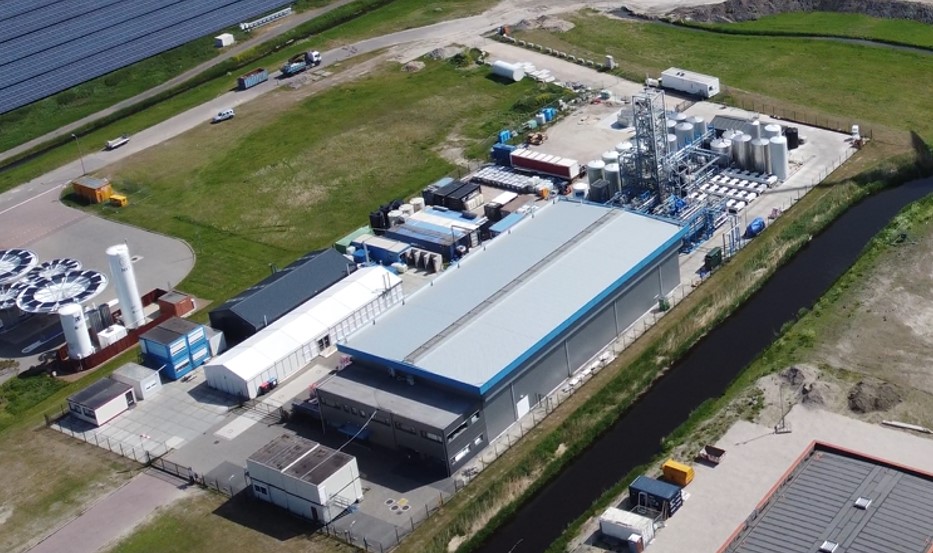 While this may sound ideal, there is a hitch: Most of the hydrogen currently being produced is made from methane and therefore not sustainable. However, SCW Systems may have the solution.

The company, which develops novel technologies to convert organic waste streams into carbon-neutral or carbon-negative energy carriers, has developed a technology that uses the fourth natural phase of water — known as the supercritical water phase — to split molecules to an almost-atom level. This largely untapped phase occurs when temperatures reach 375 degrees Celsius and pressure is higher than 221 bar.

In this phase, organic substances, like sewage, become highly soluble and – as a result of this altered state – the water becomes a solvent for organic components and a catalyst for the conversion reactions. This results in a rapid, almost complete, conversion of the energy stored in the organic components into gas. From this, gas components such as hydrogen and green methane can be stored and used in the same infrastructure as existing gas supplies.

Since this process uses waste to create hydrogen and methane, it is completely renewable and could lead to reduced reliance on fossil fuels – in the Netherlands, and the rest of the world.

Working with Dutch gas infrastructure company Gasunie, which supports renewable technologies that have proven their viability on a small scale, SCW Systems has been able to scale up the technology. Together, the two companies successfully developed, completed, and tested the first industrial reactor in 2019.

Due to the need for advanced material selection to produce the necessary gasifiers, Alleima was brought on board to supply a solution that could meet the high temperature and pressure requirements.

“During the development phase, the parameters needed to be changed to a level where most materials wouldn´t be able to withstand the conditions. In addition, because the feedstock used during gasification comes from a variety of sources, advanced seamless tubes in a corrosion-resistant material was necessary”, says Dyon Hermsen, Sales Manager at Alleima, who has been deeply involved in the material development process with SCW Systems.

After extensive collaborative development and testing, it became clear that the Sanicro® family was the appropriate solution for SCW Systems’ gasifiers. Sanicro® is the Alleima family of nickel alloys and high-alloy austenitic stainless steels, which are used in a wide range of wet-corrosive environments and high-temperature applications. The specific Sanicro® material used by SCW Systems is an austenitic stainless steel with high-temperature properties. The material is characterized by its high structural stability, creep strength, and oxidation resistance, and has been specifically developed for use at material temperatures up to around 700 degrees Celsius.

“In the spring of 2021, we completed the installation of the four gasification reactors using the specialized Alleima materials and successfully commissioned the first reactor in October last year,” states de Groot. This was an important milestone because it showed that the innovation itself works at industrial scale, but also allowed SCW Systems to verify that the data from its lab-scale supercritical water reactors were representative for large-scale industrial units.

“We’re now able to work in parallel on both scaling the technology and carrying out research to unlock new waste streams for conversion to renewable gas,” he continues.

At location Systems’ location in Alkmaar, the gas is treated to create green methane, which can be injected into the high-pressure gas grid of Gasunie Transport Service at ~70 bar. The green methane can be used to heat homes but also as an industrial feedstock.

Having supported the materials selection and pressure calculations, as well as supplying and installing the pipes, Alleima now support SCW Systems and its partners with technical support when requested – for example when using different feedstock. Going forward, it will continue to test materials in different environments and perform material analyses after use.

Following the successful commissioning of the reactor, we’re confident we can start scaling based on the current design.

The supercritical outlook is bright

The future for supercritical water gasification looks promising. Given the current geopolitical situation and the resulting energy-supply and -pricing challenges, in addition to the latest reports on climate change, SCW Systems and its partners have developed what they call the one billion m3-renewable gas plan.

“Following the successful commissioning of the reactor, we’re confident we can start scaling based on the current design,” says de Groot, adding: “The learning process we have gone through with every scaling step and the way to handle new challenges together with our partners will remain the crucial success factors as we seek to further improve the technology.”

SCW Systems has initiated and accelerated the development of several projects in the Netherlands – such as one, for example, in industrial clusters where it may be possible to process waste streams currently being incinerated into valuable circular syngas that can be used as a circular industrial feedstock or as circular hydrogen.

“The impact on the CO2 footprint impact is high because the incineration step is avoided and the circular gas, both in the form of methane and hydrogen, replaces the currently used fossil gas,” comments de Groot, explaining that the first rollout at an industrial site is projected for 2023, while the second is expected to take place in 2024.

Our future will certainly be powered by renewables.

Supercritical water gasification does not only hold promise in the Netherlands. Further afield, many countries with an existing gas infrastructure may also stand to benefit from the technology. 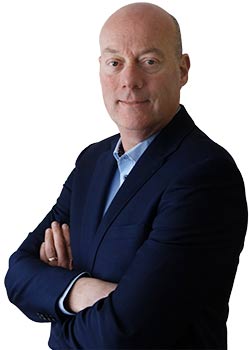 For Alleima’s Dyon Hermsen, one thing goes without saying: “Our future will certainly be powered by renewables,” he says, concluding: “There are a lot of ideas, startups, and innovations that we could support with our material technology knowledge. We simply need to be there from the very beginning – whenever and wherever that may be.”