Forged from the past. Engineered for the future

Today we are Alleima. Yet our long, rich Sandvik history will always burn strong in our hearts.

We’re exceptionally proud of where we’ve come from. And even more excited about where we can take you next.

Our origins date back to 1862 and the foundation of the company Sandvikens Jernverk by Göran Fredrik Göransson, a pioneer in using the Bessemer method for steel production on an industrial scale. In 1876 we became a leading supplier of cold-rolled strip steel and flat wire and in 1889 the supply of seamless steel tubes (a tube without welding seam) to the new power industry began.

The manufacturing of stainless steel began in 1921. Already then, scrap from the company’s own steel production was remelted in the, at the time, new induction furnace. Today, the amount of recycled material in Alleima products is above 80 percent.

The first seamless tubes made of stainless steel were introduced to the market in 1924.

In general, the 1950s was an era of big installations. Petrochemistry made its breakthrough, and the first nuclear reactors were built. The new, bigger plants in basic industry and energy meant not only increased demand for tubes and pipe but also a rise in demand for quality. Extruding stainless steel tubes of the quality demanded by the new process industries was a daunting technical challenge and in 1959 a license was signed to build the largest extrusion press seen by the industry at that time. The plant, Pressverk 62, was completed just in time for the company’s centenary and laid the foundation for market leadership in a new field.

The new facility opened up a premium segment in the tube market, productivity was two and a half times more efficient. The investment was followed by Rörverk 63 facility the following year, built to house the finishing operations and quality control of the tubes. Product properties could be further enhanced with the combination of extrusion and pilgering. Another indication of the rapid change in the refined tube market was the new alloys for corrosive environments in the chemical industry and the alloys for the nuclear energy industry. The product range was expanded with high nickel content alloys, titanium, and zirconium alloys. In 1963, cladding tubes made of zirconium alloys were developed for the nuclear power industry. Low-carbon stainless steel was developed for the pulp and paper industry.

In the early 1960s, the program for cold-rolled strip products was expanded and ten cold rolling mills for thin strips were built, designed by the company’s engineers. When the world’s consumer markets ordered stainless steel razor blades, the company was well-positioned to take the lead. Furthermore, the investment enabled the Strip division to produce premium steel for compressor valves for the automotive industry and the refrigeration industry. Together with customers, new industry standards were developed.

In 1975, the company developed high-strength steel for oil sources located at great depth in difficult conditions. In 1985, the first generation of the duplex grade SAF™ 2205 was released for use in the North Sea oil and gas extraction and in 1991, SAF™ 2507 super-duplex umbilical tubes for deep-water oil extraction were introduced.

In 1994, a seamless tube mill in Chomutov, Czech Republic, was acquired, establishing a platform for further development of the umbilical tubing offering. Another noteworthy development during the 1990s was the release of the Safurex® grade in 1996, a product that eliminates the risk of explosion for Urea plants.

When the specialized industrial heating company Kanthal was acquired in 1997, it had the global market’s most complete range of resistance materials made of various alloys and ceramics for heating, plus bimetals for measuring and controlling temperatures. Through the acquisition, a new market segment was entered. 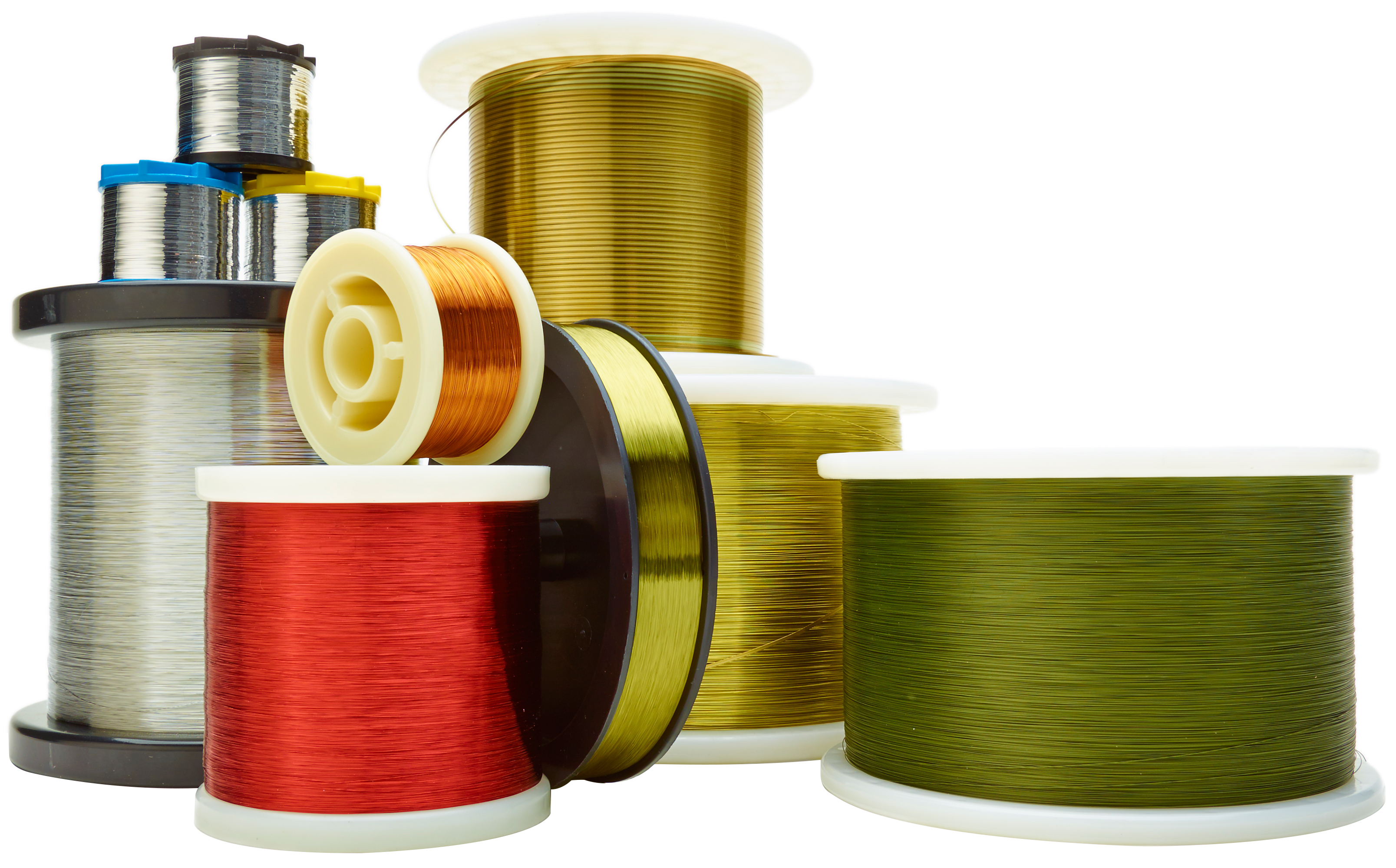 The same year, Kanthal acquired H.P. Reid of Palm Coast, Florida, a producer of ultra-fine medical wire, which was later product branded Exera®. Today, the offering for the medical industry comes from all divisions. The majority of sales stem from ultra-fine wire and wire-based components branded as Exera®. The products are used in vascular therapy, diabetes care, and neurostimulation, including inner ear hearing devices.

In 1998, California-based MRL Industries, the world’s largest manufacturer of furnace cassettes for the electronics industry, is acquired. It was later organized and rebranded under the Kanthal® brand in 2021.

In 2003, the business area changed its name from Sandvik Specialty Steel to Sandvik Materials Technology.

In 2009, a new production unit for stainless steel tubing and a service center for precision strip was constructed in Zhenjiang, China. Additional investments in tube production in Chomutov, Czech Republic, and in Sandviken, Sweden were made in 2010 to serve the fast-growing oil and gas and power generation markets.

During 2017 and 2018, Sandvik Materials Technology divested its stainless wire and welding wire businesses to refine the product portfolio.

In 2018, Custom Electric Manufacturing Co., a North American manufacturer of heating elements was acquired. As part of the Kanthal division, it was later merged into the Kanthal® brand in 2021. In 2019, as the world’s first resistance material producer, Kanthal launched an additive manufacturing service, together with a new FeCrAl alloy.

In more recent years, several niche acquisitions have been made, including Thermaltek (2019), Summerill Tube Corporation (2020) and Accuratech Group (2021). Furthermore, in 2022, the tube engineering solutions company Gerling Metallverarbeitung GmbH was acquired, strengthening the offering and capabilities in the fast-developing hydrogen market.

To increase the availability of high-quality seamless stainless tubes, add flexibility to introduce new grades, and strengthen the regional service, a new cold finishing manufacturing line was inaugurated in Mehsana, India, at the beginning of 2020. The new manufacturing line, mainly aimed at the production of heat exchanger tubing and for other demanding industrial applications, doubled Mehsana’s cold-working capacity and thus allowed for swifter delivery times across the Asia Pacific region.

In 2021, the Kanthal division entered a strategic partnership with HYBRIT (an initiative by SSAB, LKAB, and Vattenfall), aiming to develop an electric gas heating solution for the fossil-free hydrogen used to reduce iron ore in the HYBRIT process. The initiative aims to develop the world’s first fossil-free steel-making technology. Kanthal is developing a large-scale electric heating solution for the project that heats large volumes of hydrogen gas up to 1,000 degrees Celsius. The new, scalable technology has the potential to be used in the cement, petrochemical, and other energy-intense industries.

In May 2019, the decision was made by the Sandvik Board of Directors to initiate an internal separation of the business area Sandvik Materials Technology with the intention to increase the structural independence from the Sandvik Group and explore the possibility of a separate listing of the Company on the Nasdaq Stockholm stock exchange. On March 23, 2022, the Sandvik Board of Directors decided to propose the distribution and listing of Sandvik Materials Technology to the Annual General Meeting on April 27, 2022. It was also decided that Alleima will be the new name of Sandvik Materials Technology as of listing. Sandvik’s Annual General Meeting on April 27, 2022, resolved to distribute the shares in Alleima to the shareholders of Sandvik in accordance with the Board of Directors’ proposal.

Highlights in our proud Alleima history

Alleima originates from Sandvik which was founded by Göran Fredrik Göransson in 1862.

Begins supplying the new power industry with seamless steel tubes (a tube without any welding seam).

Introduces first seamless tubes made of stainless steel in the market.

License was signed to build the largest extrusion press in the stainless steel industry at the time.

Cladding tubes made of zirconium alloys for the nuclear power industry are developed. Low-carbon stainless steel is developed for the pulp and paper industry. In the early 1960s, the program for cold-rolled strip products was expanded with 10 cold rolling mills.

Release of Safurex® grade, a product that eliminates explosion risk for Urea plants.

Acquires Kanthal to supplement the Company’s range of products in stainless steels and high-alloyed materials with products for industrial heating and resistance materials. Kanthal acquires H.P Reid of Palm Coast, Florida, a producer of ultra-fine medical wire, which was later branded as Exera®.

California-based MRL Industries, the world’s largest manufacturer of furnace cassettes for the electronics industry is acquired.

A new production unit for stainless steel tubing and a service center for precision strip is constructed in Zhenjiang, China.

A new state of the art tube mill for steam generator tubes for nuclear power is inaugurated and opened for operation in Sandviken.

Completes the divestments of its welding wire and stainless wire businesses.

Completes the acquisition of Swiss based Accuratech Group, a niched medical wire forming, and component manufacturer.

Sandvik Materials Technology was listed on Nasdaq Stockholm as a standalone company and changed its name to Alleima. Read more and watch the film.